Material sciences is one of the greatest contributors for the awe-inspiring new papers that are being released in recent times. Not only are we discovering fundamental new properties of established materials, but new meta-materials are also shining a new light on the possibilities ahead. Coatings that are capable of self-repair after scratches or cracks, textiles that change the knitting density based on humidity and more. 3D printing is also playing an interesting part here because it is both player and beneficiary of these discoveries: in some applications, the materials are born out of 3D printing’s ability to combine different materials in one new compound, in others these materials solve some of the technology’s major hurdles, like overhand printing or structural performance.

Engineers have developed a new coating strategy for metal that self-heals within seconds when scratched, scraped or cracked. The novel material could prevent these tiny defects from turning into localized corrosion, which can cause major structures to fail.

Researchers from Brown University are utilizing graphene oxide to strengthen alginate—a natural material derived from seaweed—and create a unique hydrogel that will become stiffer and softer in response to different chemical treatments. This innovation could be used in several applications, including to make more robust smart materials that react to their surroundings in real time. 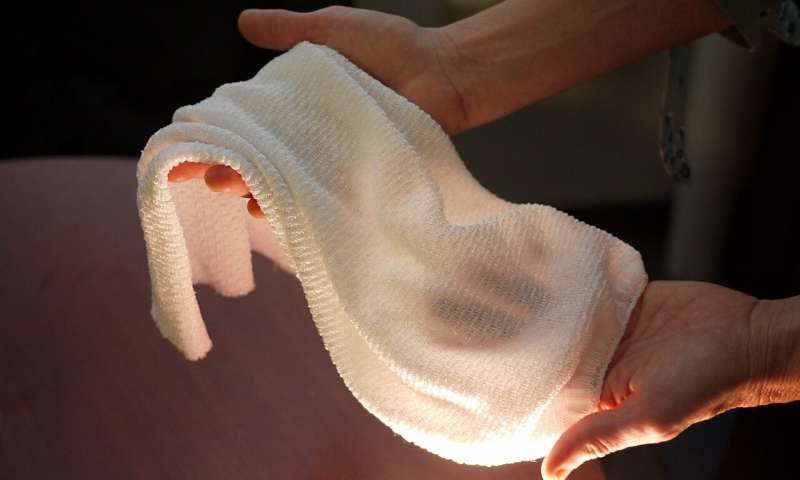 For the first time, scientists have devised a fabric that can dynamically alter its thermal properties in response to the environment. The automatic thermal regulation means people would no longer have to take off clothes when it’s hot or put clothes on when it’s too cold. The breakthrough lies in cleverly engineering the fabric with two different types of synthetic yarn — one absorbs water, while the other repels it.

3D printing is still struggling to overcome issues regarding biodegradability and its ecological impact. We’ve been using materials for thousands of years that are of natural origin and can easily be disposed of. It’s been a challenge to translate that to the latest manufacturing tech around. Cellulose is having a comeback, as researchers are understanding how to create polymer structures from abundant and renewable raw materials. A new group of new biomaterials is being developed, some with transient properties, capable of degrading and dissolving on-demand. Nanocellulose has been invented in the 1970s as a food thickener and could be coming to a dish near you, made more palatable thanks to 3D printing. Advances in chemistry collide with the challenges of 3D printing to open the way for complex, smart and immensely useful organic materials. 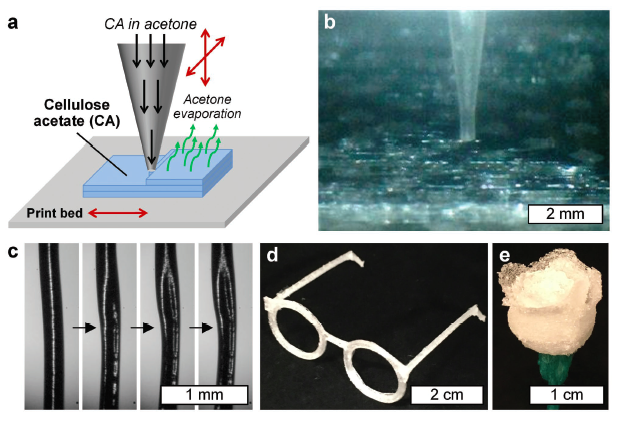 MIT scientists Dr. Sebastian Pattinson and Prof A.J. Hart have now published a possible method of 3D printing a derivative of cellulose as a substitute for environmentally problematic plastics, one which sidesteps previously encountered problems. […] As detailed in the research paper, after printing, the cellulose acetate parts can be converted to cellulose proper by de-acetylation using sodium hydroxide.

Biomaterials that can degrade on demand have been 3D printed by engineers at Brown University. The materials were fabricated by means of stereolithographic printing, which uses an ultraviolet laser controlled by a computer-aided design system to trace patterns across the surface of a photoactive polymer solution. The capacity of the materials to degrade is imparted by the development of reversible ionic bonds. Precursor solutions were prepared with sodium alginate, a compound derived from seaweed that is known to be capable of ionic crosslinking. Different combinations of ionic salts, including magnesium, barium and calcium, were then added to 3D print objects with varying stiffness levels, a factor which affected how quickly the structures dissolved.

Read more about the research here. 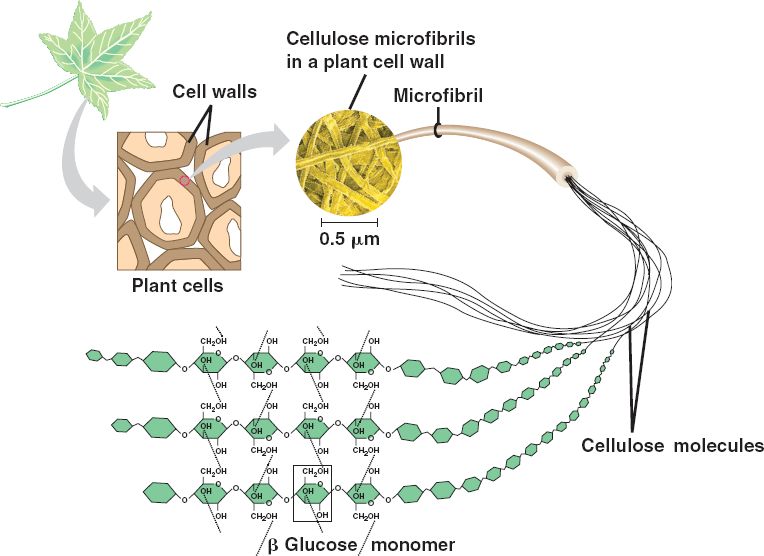 The Yissum Research Development Company of the Hebrew University of Jerusalem is the latest institution to introduce a nanocellulose-based platform that promises “the 3D printing of personalized food” with the added ability “to cook, bake, fry and grill while printing at the three dimensional space.”

If you wish to be kept updated on a daily basis on movements in the AM/IIoT world, as well as our service updates and events check out Twitter feed!