When it comes to the biomedical industry, there are key features of 3D printing which make it an ideal candidate for pushing it further. For starters, the complete customizability of its products, which is critical for anatomically unique physiques. Secondly, the technology’s accessibility helps bring these applications to a wider population, surpassing more cost-prohibitive options that may yet be less accurate. And thirdly, its ability to decentralize manufacturing for medical tools and resources is enabling us to provide for those locations far from traditional manufacturing infrastructure, from warzones to even space. Researchers from Washington State University have developed a 3D printed biosensor for monitoring glucose. The innovative research could offer diabetes patients a more accessible and effective means of keeping track of their glucose levels. 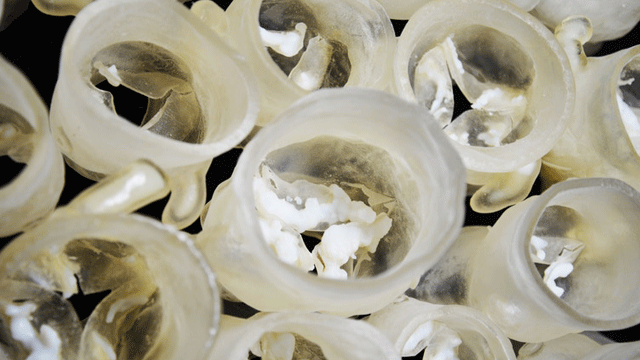 Researchers at the Wyss Institute for Biologically Inspired Engineering at Harvard University have created a novel 3D printing workflow that allows cardiologists to evaluate how different valve sizes will interact with each patient’s unique anatomy before the medical procedure is actually performed.

Medical research has taken a leap into the future as Russian scientists have managed to grow a mouse’s thyroid in zero gravity using a 3D bioprinter on the International Space Station (ISS). And human organs may be next in line. Invitro says that maturation of printed organs and tissues in zero gravity occurs much faster and more efficiently than on Earth.

Hi everyone, welcome back to the new year with a more weekly 3D printing news from Authentise!

Through AM scientists are able to go where traditional manufacturing simply couldn’t take them. NASA is keeping up the pace for the entirely 3D printed rocket by testing more and more components up for the challenge, ROSCOSMOS is planning to add a bioprinter to the ISS’s arsenal and test it at microgravity and, while we’re at it, stem cell research is getting a boost from 3D printing’s ability to create cartilage’s structures.

Are you aching for your daily fix of science with a side of AM? Let’s dig in.

Recent tests of a developmental rocket engine at NASA‘s Marshall Space Flight Center in Huntsville, Alabama, produced all the performance data engineers were hoping for, along with the traditional fire and roar. But this engine is anything but traditional. Marshall engineers are designing each of the components from scratch to ultimately be made entirely by AM methods …The series of 12 test firings in late fall brought them a big step closer to that goal, said Andrew Hanks, test lead for the project. The fuel turbopump, fuel injector, valves and other major engine components used in the tests were 3D printed, with the exception of the main combustion chamber.

Read more of these test firings at NASA.

Russian scientists are planning to install and operate a 3D bioprinter aboard the ISS, according to an official source. They believe that microgravity conditions could actually improve the bioprinting process. […] They believe that significant progress in bioprinting can be achieved by placing equipment in microgravity conditions, since the lack of gravity could potentially help to keep deposited cells in place.

Inspired by the earmouse, doctors at the University of California at Los Angeles and the University of Edinburgh’s Centre for Regenerative Medicine have perfected a new technique to grow a fully formed human ear, using patients’ own stem cells. They begin with a 3D printed polymer mold of an ear, which is then implanted with stem cells drawn from fat. As these stem cells differentiate into cartilage, the polymer scaffold degrades, leaving a full “ear” made of mature cartilage cells. The new approach could “change all aspects of surgical care,” says Dr. Ken Stewart, one of the researchers and a plastic surgeon at the Royal Hospital for Sick Children.

Read the whole article at Smithsonian.