3D printing is proving to be a transformational tool for the fresh players of the new space race. Iteration cycles for the aerospace industry are notoriously long: 3D printing enables the development of aerospace parts to be cut from months to just a few weeks. This is a boost for newcomers, shortening time to launch and enabling faster competitiveness in the global race. The rapid pace of technological change is forcing everyone to quickly adapt to new trends. These new companies are also the most pliable to changes to the supply chain, which will be stressed to accommodate new needs and technologies. It’s hard to predict future business opportunities, but new avenues of exploration are being researched through 3D printing. In-situ resource utilization is of great interest for any habitat, tool or even medical need future astronauts might have.

SpaceX has been using AM increasingly in its production to optimise processes and produce parts that aren’t possible with conventional manufacturing methods. SpaceX has been continuously evaluating the benefits of 3D printing and perfecting the techniques required to develop and manufacture flight hardware. With innovation and efficiency at the core of SpaceX, it’s no wonder its been one of the first companies in the sector to embrace AM as a major part of its production. 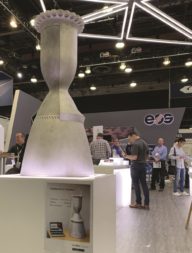 It’s not clear whether the additive manufacturing supply chain will expand rapidly enough to meet growing demand for 3D-printed parts for spacecraft or launch vehicles. When companies are starting out, it’s easy for them to turn to additive manufacturing service providers for a few parts, said Scott Killian, aerospace business development manager for EOS North America.

“Once companies move into production, they’re going to have to figure out whether the supply chain can still meet their needs,” he added. “There’s a lot of ebb and flow right now on getting that supply chain to ramp up.”

The European Space Agency’s 3D Printing of Living Tissue for Space Exploration project aims to print human tissue to help injured astronauts heal when they’re far, far away from Earth. Scientists from the University Hospital of Dresden Technical University in Germany bio-printed skin and bone samples upside down to help determine if the method could be used in a low-gravity environment. It worked. ESA released videos of the printing in action.

The “new space” industry is a hotbed for innovation. A lot of venture capital is being poured into companies promising to reach for the stars and open the doors to the new frontier of exploration, and market opportunities. 3D printing is the slogan behind many of these endeavors, and for good reason. Setting up shop in space one needs to take into account the many limitations therein. The price per Kg to launch stuff to space is in the thousands, but it’s being reduced by lighter crafts (thanks 3D printing!) and reusable rockets. At this point, one can imagine that exploiting local resources must be a top priority. In-situ resource utilization is the best hope for self-supporting habitats from the Moon to Mars and beyond, and NASA has been hosting design competitions based on 3D printing to make these concepts a reality. The industry has been gathering funds for years now and is starting to see real traction with companies signing multi-year contracts with satellite companies, complete rocket re-design and more. It’s a great time to be alive for space nerds! 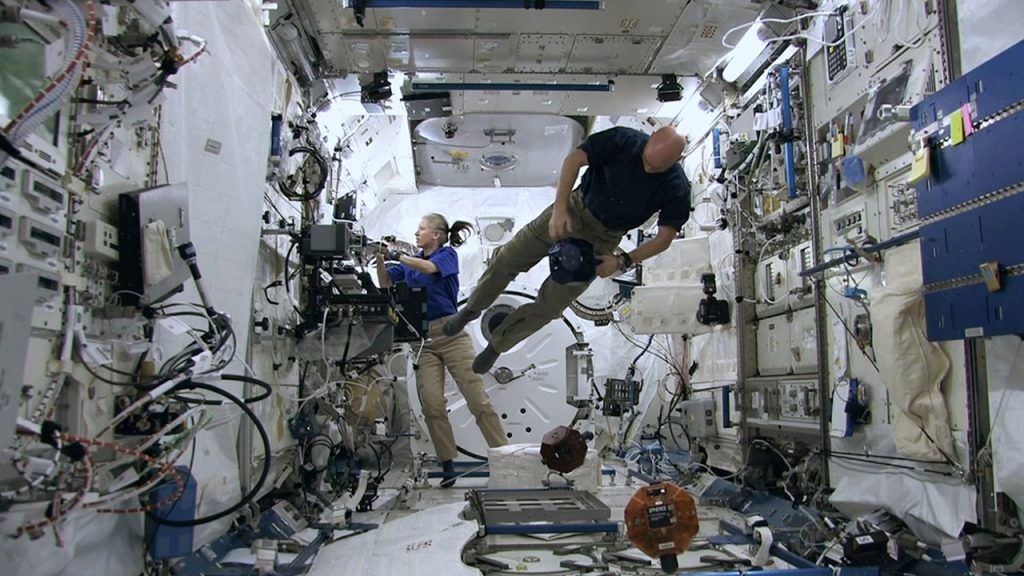 In January 2019, the European Space Agency (ESA) and German technology group OHB SE launched a consortium to develop a large-scale 3D printer for use in zero-gravity conditions. […] One of the biggest revelations is that the 3D printer in development will reportedly be able to produce objects larger than itself – unconstrained by the size of the print bed. 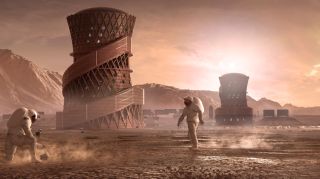 NASA picked three teams to share a $100,000 prize from a competition to make virtual Martian habitats. The 11 participating groups were tasked with making a full-scale habitat using modeling software, building on an earlier stage of the competition that required partial virtual modeling. The teams were graded on their layout, programming, use of interior space, and their habitat’s ability to be scaled to full size for construction, according to a NASA statement announcing the winners.

Relativity, the 3D-printed-rocket manufacturer, inks a multi-year contract with Telesat 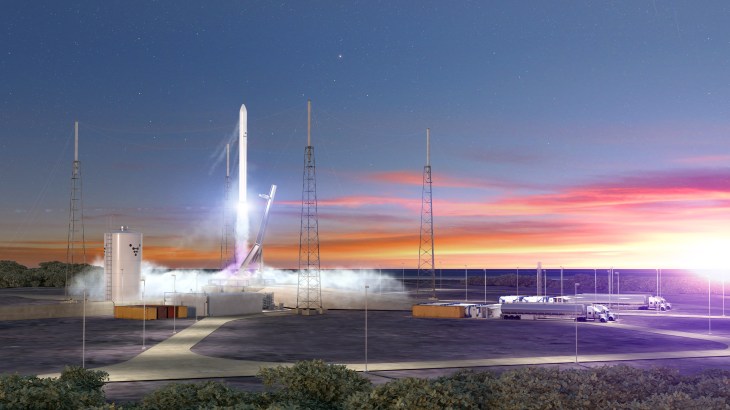 Relativity, the Los Angeles-based manufacturer of 3D-printed rockets, has signed its first public commercial contract with Telesat, the longtime vendor of satellite services for telecommunications and business information. The deal marks the first agreement between a major satellite operator and an entirely venture-backed company in the “New Space” industry and is a huge win for Relativity’s low-cost rocket manufacturing platform.

Read the rest of the article at Techcrunch.

The space industry finds itself in the sweet spot of many advanced technologies, hoping to improve mission success by looking at its problems from all sides. 3D printing has already proved to be a powerful tool for these purposes, with its fast iterative cycles and outside-the-box manufacturing paradigm. What Airbus has been doing for its airplanes, Lockheed Martin is pushing beyond with 3D printed parts that can reach sizes just under 4ft, halving production time, costs and reducing weight. Still, it will be extremely expensive to launch humans to Mars or even the Moon in the near future. For that, we’ll have to rely on robots (with much lower maintenance requirements). By sending autonomous robots to another planet, they can be tasked to 3D print sustainable habitats for us in-situ, by sourcing local materials. Empowered by the digital thread, the designs for these habs can be experimented upon and reiterated, and contests are being created periodically to further improve those that, in a not too distant tomorrow, we could call homes.

“Our largest 3D printed parts to date show we’re committed to a future where we produce satellites twice as fast and at half the cost,” said Rick Ambrose, Lockheed Martin Space executive vice president. “And we’re pushing forward for even better results. For example, we shaved off 87% of the schedule to build the domes, reducing the total delivery timeline from two years to three months.”

Rovers may soon traverse the surface of the Moon yet again. This time, though, they’ll have one noble mission: to build shelter the first human colonizers will inhabit. A team of Japanese scientists is working to make this a reality. They started a company called ispace with the intention of launching a private space mission to the Moon. ispace envisions an entire colony, called “Moon Valley”, constructed not by human astronauts, but by robots instead. And they want to get started on it soon: the team is planning its first mission for late 2019, and a second in 2020.

Read the full article on Futurism. 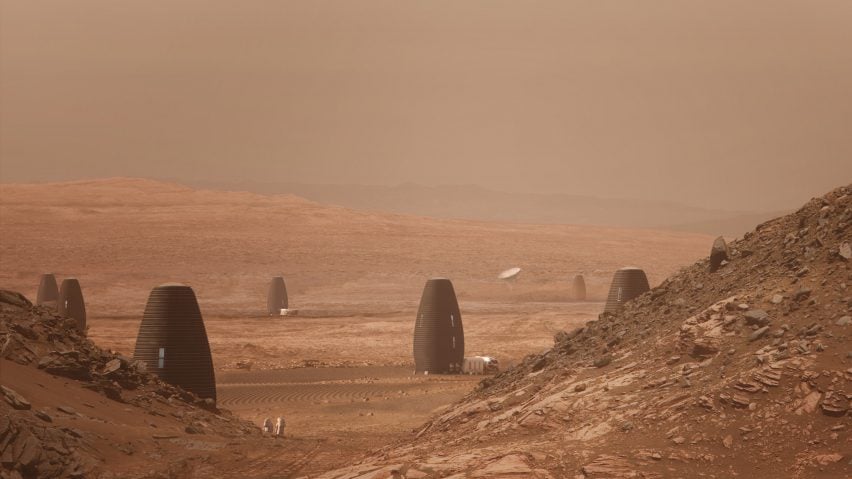 NASA has selected the five winning designs in the latest stage of its 3D-printed Habitat competition, which include a community of modular pods made from the Martian surface, and a vertical egg-like container. The On-Site Habitat Competition invited groups to design a sustainable shelter for a crew of four astronauts on a mission to Mars, using construction techniques enabled by 3D printing technology.

Here we are, another week gone by and there’s lots to talk about in the additive manufacturing world.

There have been many news this week indicating an ever diversifying world of AM and much of them hint at the technology’s present capacity for production-ready manufacturing. A volkswagen collaborator has succesfully replicated through AM a full automobile cylinder block, the core of the engine, Elon Musk announced a very ambitious Mars colonization plan, powered by 3D printed components and now Jabil Circuit Inc. has announced plans to enhance their manufacturing services through AM.

Much to discuss this week, let’s get to it. Germany-based automotive company Robert Hofmann GmbH has utilized 3D printing technology to create a fully functional cylinder block for a Volkswagen motor. The block received metallurgic and geometric tests from Volkswagen engineers, who used a computer tomography to check internal geometries, such as the cooling jacket around the cylinder tubes. These tests showed that the 3D printed component had low porosity and smaller distortions and deviations compared to the cast iron part. 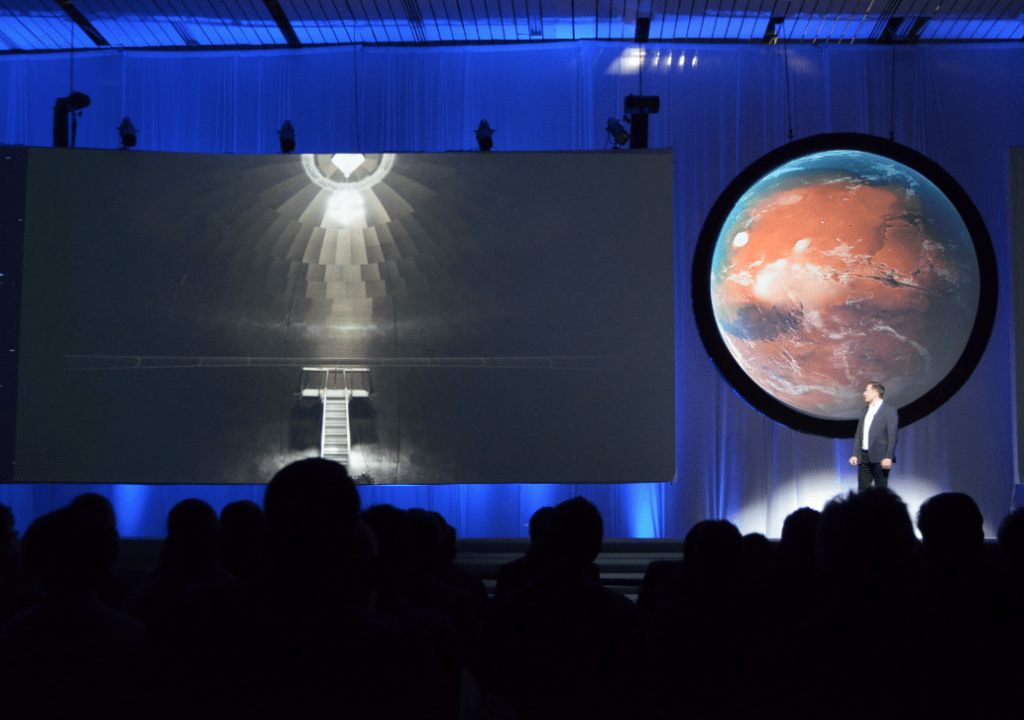 3D printing is at the core of Elon Musk’s ambitious plan to transport more than a million people to Mars during the next forty to one hundred years. Musk has previously discussed how SpaceX use 3D printing to manufacture their Draco engines. Made from Titanium and Inconel, 3D printing allows SpaceX to significantly reduce the cost of fabrication. Integrated cooling channels in the walls of the rocket engine chamber can be created using 3D printing, a process that would be, “a real pain” using traditional methods.

Learn more about AM role in this at 3DPrintingIndustry.

Jabil Circuit Inc. has just announced that they will be enhancing their manufacturing services with Innovation Acceleration Services. As the name would suggest, they are speeding up the process of product development and the path to commercialization.  “We’re developing a complete ecosystem of digital connections to create new business opportunities, improve experiences and deliver added value, from start to finish.” -Bill Muir, COO at Jabil.

Don’t forget to subscribe to our newsletter to get more juicy news on the AM world and our role in it!