AM is bringing unprecedented capabilities to the industrial world but its technologies are still mostly experimental and much is being researched. Nonetheless, these bottlenecks are being addressed as we speak through sheer research and, on a higher level, by achieving the proper certification to make it into the real world. Researchers are putting under the spotlight every step of the AM process and have discovered a flaw which, if fixed, could dramatically speed up the whole process.  Crucial certifications’ specifics have been met by the team at Norsk Titanium in providing flight proof structural aircraft parts, the first to ever do so. Similarly, the complex system for complete AM industrialization is being finalized by Adidas to bring 3D printed shoes to mass-production.

New Research Could Help Speed Up the 3D Printing Process

A team of researchers from Binghamton University, State University of New York and MIT have identified some bottlenecks in 3D printers, that, if improved, could speed up the entire process. “We found that the rate at which a polymer melts is limiting in many implementations,” said Scott Schiffres, Binghamton Assistant Professor of Mechanical Engineering. “The pressure required to push the polymer through the nozzle is a sharp function of temperature. If the core is not hot enough, the printer will not be able to squeeze the polymer through the nozzle.” 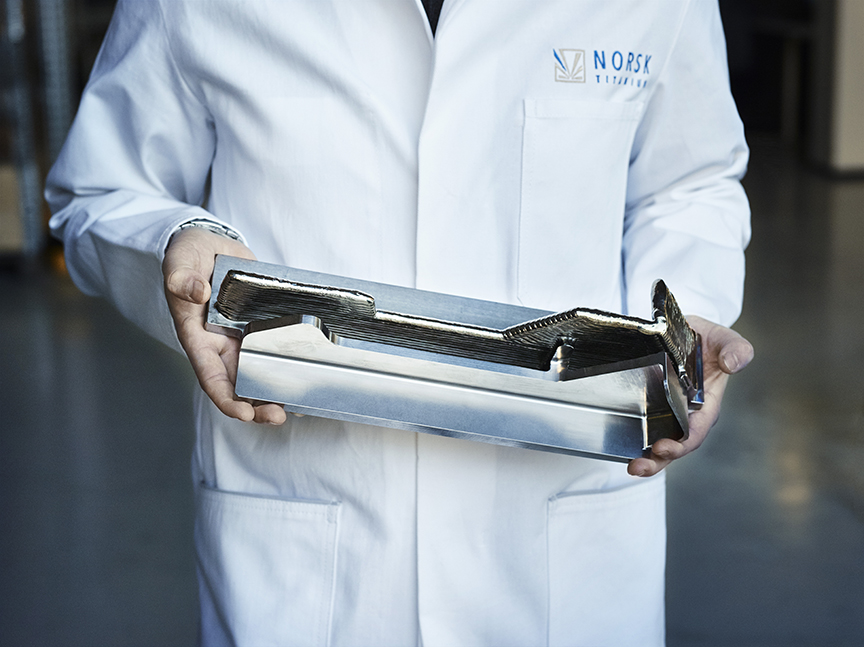 Norwegian aerospace additive manufacturing specialists Norsk Titanium AS has released details of a parts order from multinational aircraft corporation Boeing. According to Norsk, the ordered components will make the Boeing 787 Dreamliner the “first commercial airplane to fly with certified additive-manufactured titanium parts in structural applications.”

How 3D Printing Will Optimize Your Next Pair of Running Shoes

In the second half of 2017, Adidas is bringing [a new] level of customization to the U.S. with its Speedfactory, a production facility in the Atlanta area. Its goal is to deliver cutting-edge manufacturing and produce more shoes with “advanced complexity in color, materials, and sizes” for U.S.-based retailers and consumers. “The vision of Speedfactory is about making customized and personalized footwear for all people,” says Ben Herath, vice president of global design. “We’re bringing shoe manufacturing closer to the people and speeding up the manufacturing time.”

Don’t forget to follow us on Twitter to get more AM/IIoT related news and see you back next week for the next edition of News-In-Review!

Hey everyone, welcome to another Week in Review brought to you by Authentise.

Within the manufacturing industry it’s not always easy to spot the next transformative trend. Within the industry 4.0 we still have lot of ground to cover but the direction is clear: less human employment, higher throughput and much smarter management and upkeep. Nonetheless there are many who sweep the news under the rug and foresee more jobs coming in the near future or dismiss entirely the possibility of such a scenario to be of import to them.

We make the case that industry 4.0 is not only coming, it’s already here. What we once achieved with 25 employees we now do faster with 5. The sheer volume of data that we gather from our manufacturing operations is making it impossible to address it any other way. Let’s embrace the new technologies that will make our business perform better and faster and prepare the next generations to think of manufacturing in terms of interconnectedness and data.

Here are some news to pique your interest.

Pundits will debate the wellsprings of Donald Trump’s election triumph for years. The decades-long decline of U.S. manufacturing employment and the highly automated nature of the sector’s recent revitalization should also be high on the list of explanations. The former is a source of the working-class rage that helped get Trump elected. The latter is the main reason Trump won’t be able to “make America great again” by bringing back production jobs. Employment in the sector plunged from 18.9 million jobs to 12.2 million [in the last 30y]… More generally, the “job intensity” of America’s manufacturing industries—and especially its best-paying advanced ones—is only going to decline. In 1980 it took 25 jobs to generate $1 million in manufacturing output in the U.S. Today it takes five jobs.

IIoT: From Chaos to Order

Beth Comstock, vice chair at GE, recalled a time not so long ago when corporate executives smirked at the concept of the business value of streaming media. They laughed at the idea of exchanging “analog dollars for digital pennies”. But that’s exactly what happened in television as the industry reshaped itself around the streaming concept and, as a result, digital pennies became digital dollars. This same shift is coming to industry, Comstock said.

GE Additive have today announced a $10 million investment across five years in two educational programmes aimed at developing future talent in additive manufacturing. The additive specialists believe enabling educational institutions to provide access to 3D printers will help accelerate the adoption of additive manufacturing worldwide. “We want to build an ecosystem that drives additive manufacturing across multiple industries,” said Mohammad Ehteshami, Vice President of GE Additive. “GE is committed to this space for the long-term. A new world is coming and we want future generations to have exposure to it from an early age.”

Also, check out the HUGE 3Diax Manufacturing Execution System announcement we made this week!