Production level AM seems a far cry for many in the manufacturing industry. However, we have many examples of how businesses are starting to put the technology to work on the factory floor. Leading the march is the aviation industry, with companies like Airbus 3D printing thousands of aircraft components today, shaving off weight and increasing reliability. Right up second is automotive, with companies like Bugatti and GM redesigning car parts through AM, and putting them in cars roaming the streets today. Also, the footwear industry has been keen to adopt AM as both a marketing strategy and a serious production boon. Improved customization and agility got the attention of companies like Nike, Adidas and Under Armour, creating both limited editions and mass-produced soles and shoe components. A few years ago Airbus said that it would have over a 1000 3D printed components on each aircraft. Subsidiary Airbus Helicopters has for a few months now been serially producing metal door latch shafts for the A350. Now Premium Aerotec, itself also an Airbus subsidiary, will start serially producing metal 3D printed components for the A350 as well. These have now entered into serial production and have been delivered to Airbus. 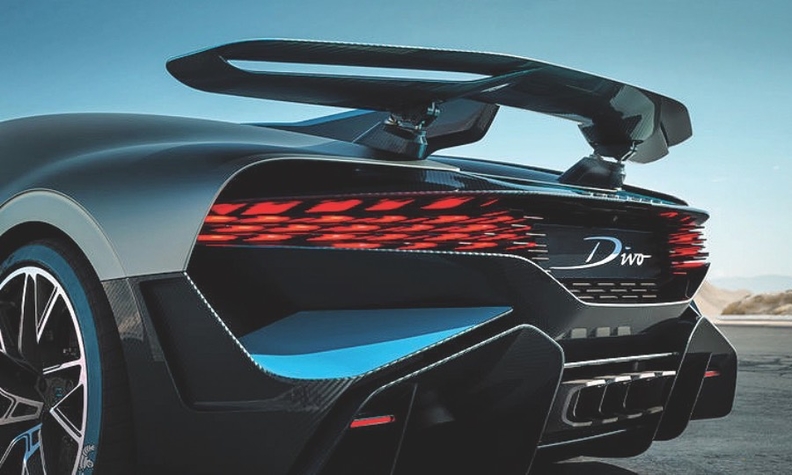 The Divo supercar, with its $5.8 million starting price, was one of the stars of last summer’s Monterey Car Week. It achieved a 77-pound weight reduction from the Bugatti Chiron on which it is based, with some coming from more precisely made 3D printed taillights. Last year, it revealed that it has worked with tech suppliers Bionic Production and Fraunhofer IAPT to develop an eight-piston, titanium monobloc brake caliper via 3D printing. Bugatti says that part is being prepared for series production. Leading footwear AM companies – Adidas, Nike, Under Armour, New Balance, and Reebok – are targeting different footwear final parts and products, relying on different technologies and materials. However, there are some common trends which are based on the overall macro trend of advanced manufacturing: mass customization and digital mass production.

In the beginning of the AM craze, everyone thought that the future of manufacturing was right around the corner. Once the storm had subsided and everyone was back to reality, most of the projects that had sparked at that moment were gone, but some endured. What was the difference between those which never made it past the news and those that are now solid industrial realities? For Nike, it was a matter of testing the market’s appetite and iterate on a product (and a production line) that worked. Its new line of 3D printed shoes is the heir of a project that’s year in the making and is eyeing mass production only after making sure that the path was true. Others saw in AM an opportunity to disrupt the established manufacturing infrastructure, and gradually implemented a new system, tried and tested to now enable to approach things differently. GE is one such case, one of the first to adopt AM and now it boasts one of the most extensive portfolios of applications in the field. However, sometimes a project needs the right fertile ground of established research to start growing. As NASA and Lockheed Martin constantly bring new aerospace parts to the testing grounds, proving the liability of AM in such a high-stake industry, new companies like Relativity Space hope to push the endeavor even further, by printing entire rockets. We are very grateful to those entrepreneurs who had the courage to jump into uncertainty, some to success some to failure, and make the world of AM what it is today.

Nike’s 3D printed shoe Zoom VaporFly Elite Flyprint 3D will soon get a wider release. The Flyprint 3D is the updated version of the famous 3D printed Nike Zoom Vaporfly 4%, designed with the help of Eliud Kipchoge, winner Berlin marathon 2018. The Beaverton-based footwear giant has worked to perfect the Vaporfly 4% since last year. For this purpose, the company once again recruited the help of Kipchoge. The Zoom Vaporfly is called “4%” because an independent research found that Vaporfly wearing runners can gain 4% of the lead time on their competitors.

According to reports in UK rail industry authority the Railway Gazette GE is looking to apply additive manufacturing to components for its locomotives. If all goes according to plan, this could mean that in the next seven years GE Transportation will have an inventory of up to 250 3D printed train components. A pilot initiative for 3D printing at GE Transport is underway as part of its Brilliant Factory model, combined with analytics and lean manufacturing in a Digital Thread.

Even NASA has been dipping their proverbial toe in the additive manufacturing waters, testing printed parts for the Space Launch System’s RS-25 engine. It would be safe to say that from this point forward, most of our exploits off of the planet’s surface will involve additive manufacturing in some capacity. But one of the latest players to enter the commercial spaceflight industry, Relativity Space, thinks we can take the concept even farther. Not content to just 3D print rocket components, founders Tim Ellis and Jordan Noone believe the entire rocket can be printed. Minus electrical components and a few parts which operate in extremely high stress environments such as inside the pump turbines, Relativity Space claims up to 95% of their rocket could eventually be produced with additive manufacturing.

We’ll be at Formnext in Frankfurt from the 13th to 16th November. Come see us at booth #B30J.